What is Sodium Percarbonate Powder and How Can I Use It?

Sodium Percarbonate is becoming the new multi-use home and garden cleaner. There are many conversations about using less plastic packaging. This is one product that covers a multitude of uses in the house and garden.

It is an excellent colour and fabric laundry stain remover. Since there is no environmental impact, this product has got to be at the top of your online shopping list. 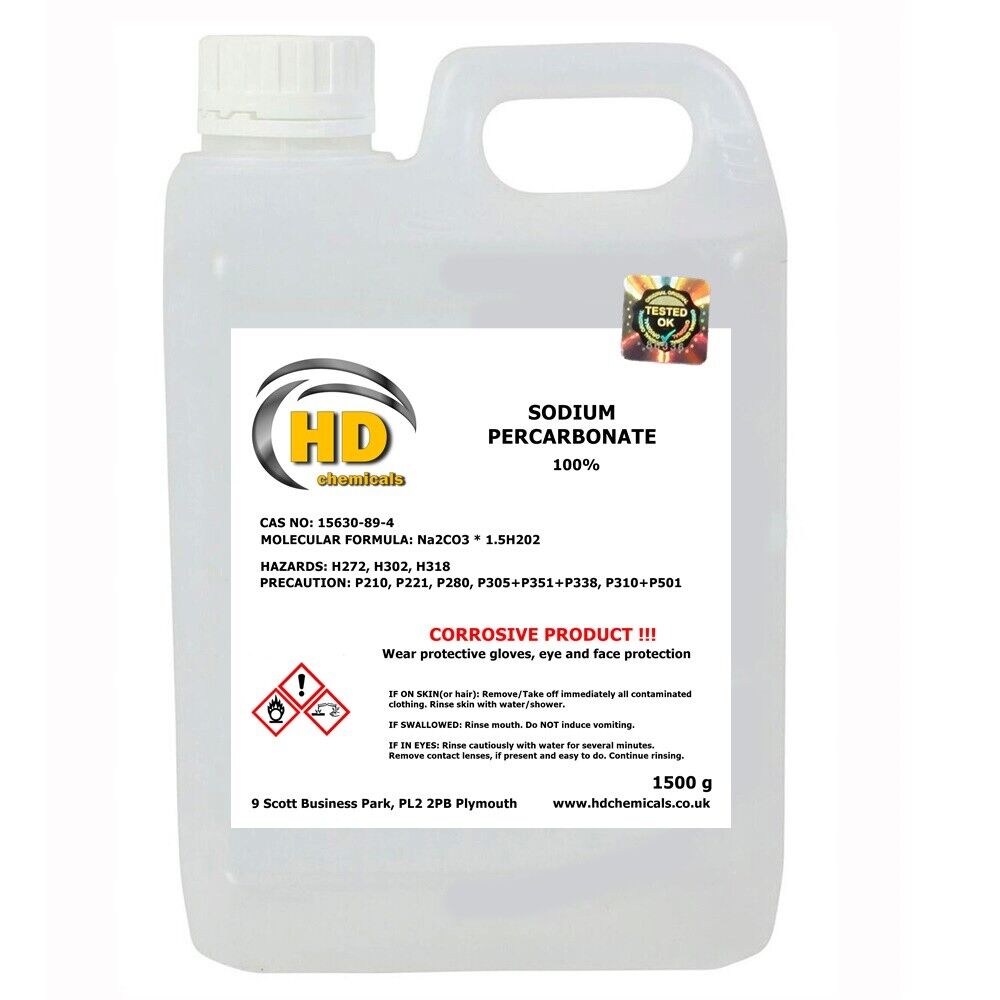 What exactly is Sodium Percarbonate?

Sodium percarbonate is also known as Oxygen Bleach or Sodium Carbonate Peroxyhydrate. It is a micro bead or free flowing powder which is made up of sodium carbonate and hydrogen peroxide.

It might have a long name which may seem unfriendly but it is simply a make up of compounds which, when dissolved in water break down to oxygen, water and sodium carbonate (soda ash). Soda ash is also known as washing soda. Originally extracted from the ashes of plants, soda ash can be synthetically produced and used in the making of glass and as domestic water softeners.

Hydrogen Peroxide is a great antiseptic and disinfectant and is seen as an environmentally friendly alternative to chlorine bleaches. Historically hydrogen peroxide was used to disinfect wounds (but is not used in developed countries now) as it’s known to reduce the healing process. Hydrogen peroxide is used as an ingredient in whitening toothpaste.

Although it is best known as a bleaching agent, sodium percarbonate is not chlorine bleach. The two work very differently. It is all to do with the molecules and electrons and how their structure is changed.

If a chlorine bleach was used in the laundry then all the clothes would come out various shades of white and the material would be considerably weaker. When using an oxygen bleach the stain is removed but the clothes fibres remain intact.

Why does sodium percarbonate work so well on moss and algae?

Oxygen bleaches, such as sodium percarbonate, work at breaking down single celled organisms such as moss roots and algae structures. This makes it a very effective moss killer and algae remover/killer. It breaks down moss spores which moss uses to reproduce, reducing the chance of the moss regrowing in the future.

Other benefits and uses for sodium percarbonate.

There are many uses for this super Eco-friendly product in and around the home.

How To Use Sodium Percarbonate

Dissolve 50g of sodium percarbonate in 1 litre of water and apply with a sprayer or watering can. Alternatively, damp down the deck with water and sprinkle the granules on the deck. leave for 20 mins, rinse off.

Wearing gloves, broadcast by hand approximately 50g over 1sqm. Alternatively, dissolve 50g of sodium percarbonate in 1 litre of water and apply with a sprayer.

For cleaning of surfaces, floors and fridges etc. Dissolve 40g in 1 litre of warm water.

Dissolve 30g of s.p. in 1 litre of water and apply with a cloth.

30g/60g/120g of sodium percarbonate, from light to heavily soiled items respectively, with your usual chosen brand of washing powder or liquid.
For yellowed materials like curtains or sheets or sweaty sportswear and deodorising. Dissolve  60g in 5 litres of warm water overnight.

What is the Fastest Acting Weedkiller?

The Best Weedkiller for Artificial Grass

Do No Rake Moss Removers Work?

£76.97
We use cookies on our website to give you the most relevant experience by remembering your preferences and repeat visits. By clicking “Accept”, you consent to the use of ALL the cookies.
Cookie settingsACCEPT
Manage consent

This website uses cookies to improve your experience while you navigate through the website. Out of these, the cookies that are categorized as necessary are stored on your browser as they are essential for the working of basic functionalities of the website. We also use third-party cookies that help us analyze and understand how you use this website. These cookies will be stored in your browser only with your consent. You also have the option to opt-out of these cookies. But opting out of some of these cookies may affect your browsing experience.
Necessary Always Enabled
Necessary cookies are absolutely essential for the website to function properly. These cookies ensure basic functionalities and security features of the website, anonymously.
Functional
Functional cookies help to perform certain functionalities like sharing the content of the website on social media platforms, collect feedbacks, and other third-party features.
Performance
Performance cookies are used to understand and analyze the key performance indexes of the website which helps in delivering a better user experience for the visitors.
Analytics
Analytical cookies are used to understand how visitors interact with the website. These cookies help provide information on metrics the number of visitors, bounce rate, traffic source, etc.
Advertisement
Advertisement cookies are used to provide visitors with relevant ads and marketing campaigns. These cookies track visitors across websites and collect information to provide customized ads.
Others
Other uncategorized cookies are those that are being analyzed and have not been classified into a category as yet.
SAVE & ACCEPT