Weedkiller for Ivy and Brambles – Which is the right weedkiller to use?

There are many different weedkillers on the market, this is because not all plants are the same. For example, annual weeds require only a contact weed killer, broadleaf perennial weeds need a systemic weed killer and tough woody weeds like ivy and brambles need a brushwood killer. Using the correct weedkiller for ivy and brambles is very important if you want to be successful in killing these invasive weeds.

Ivy and brambles are very tough plants and the majority of weed killers will have little effect on these plants. This is because these weeds have tough impenetrable, sometimes waxy leaves which don’t allow the weed killer into the plant.

How to kill Ivy and Brambles quickly

There is a chemical called Triclopyr in brushwood killers which emulates a growth hormone found naturally in some plants. This growth hormone confuses the plant, so much so, that it doesn’t know which way to grow and promptly dies.

Any brushwood weedkiller containing Triclopyr will kill ivy and brambles, the most common being VITAX SBK Brushwood Killer. 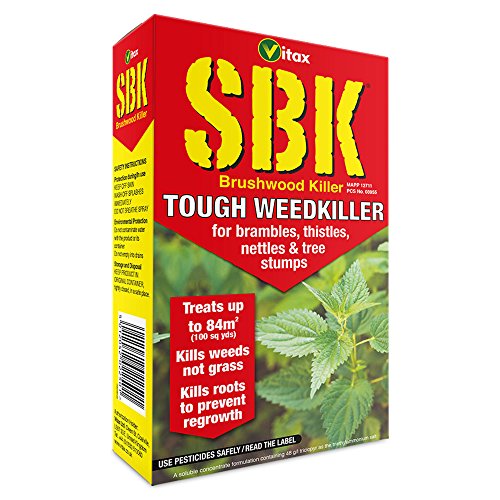 How to kill Ivy on brickwork and fences.

Ivy has a grip like a gorilla, so before you go ripping ivy from brick walls or fences it is a good idea to reduce its hold first. If you don’t, you may run the risk of pulling the facing from the brickwork or making large holes in your fence. Try to be patient and attack the problem in three ways.

How to Kill Ivy on brick walls and fences

Glyphosate (the main ingredient in round-up) will kill ivy and brambles. However, it will take a long time for the plant to die and need several applications. Use Glyphosate in aquatic situations but remember to always read the label supplied with the weedkiller to ensure you properly protect the environment.

Glyphosate can also be used to kill Ivy and brambles, in situations where you may need to replant an area quickly, as glyphosate is inert once it hits the soil. However, take into consideration that the weed will take longer to die and require several applications of glyphosate to kill Ivy or brambles. 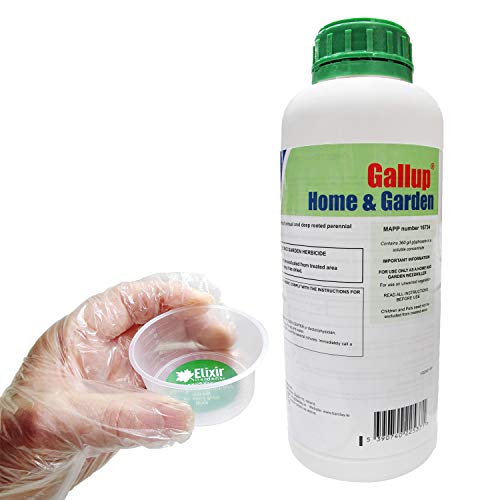 Brushwood weed killers like vitax SBK can also be used to treat other tough weeds. For example, Nettles, Bindweed, Brambles, Tree saplings, docks and many other woody weeds or plants you may not want in your garden.

Brushwood weedkillers are also selective weedkillers. This means the weed killer will not kill grass, ideal if you have woody weeds next to lawns or grassy areas. Read my post on killing weeds successfully and killing weeds in lawns for more information.

Can I replant after using a brushwood weedkiller?

The ingredients of the brushwood killer can stay in the soil for a period of time. It is advisable not to replant the area for a period of approximately 6 weeks, always check the label of the chemical you are using. If you do replant too early, the plants may show signs of wilting. This is the residual weedkiller left in the soil attacking the plant. The plant is likely to survive but will struggle to grow initially until the weedkiller as degraded.

Is Wisteria Poisonous to Dogs UK

What is a Rain Gauge and How Does it Work?

How Much Does Compost Weigh?

£6.99
We use cookies to ensure that we give you the best experience on our website. If you continue to use this site we will assume that you are happy with it.Ok