4229
Theperfectgarden.co.uk may earn a tiny commission (at no extra cost to the user) if a purchase is made through clicking a link.This goes to help with the running of the site and I really appreciate the support.

As a professional gardener, I have thrown thousands of pounds of moss killer at mossy driveways, tennis courts, paths and even roofs in an attempt to curb moss growth.

These moss killing chemicals have worked to some degree, however, they have been extortionately expensive and embarrassingly damaging to the environment. Additionally, in my experience very few have been any good at stopping the moss regrowing.

After many hours of research, a gardening colleague came across the use of Sodium Percarbonate as a moss killer. I have written this post to make the information we found more accessible and to help our readers kill moss successfully.

The proper name for oxygen bleach is sodium percarbonate.  Despite its technical-sounding name, it is an environmentally safe product.

Moss and Algae attach themselves to surfaces like wood and tarmac by tiny hair-like structures called rhizoids. Sodium percarbonate breaks these rhizoids, effectively cutting off the moss and algae’s support system.

Try not to use a pressure washer to remove moss, this just increases the chance of the moss returning.

One of the greatest benefits of using sodium percarbonate as moss killer is that it is brilliant at killing the spores that allow moss to reproduce, this helps prevent the moss from returning.

2019 has had a particularly wet autumn and moss is going to love it. Tackle it now, before it takes hold and the spores multiply in your driveway.

Sodium percarbonate comes in the form of free flowing tiny granules and is classed as technical grade. It is usually shipped in polyurethane bags or a plastic tub. The label is often generic as the granules have so many uses, it can be sold as deck cleaner, bottle sanitiser or stain remover but it is all the same stuff. Sodium percarbonate is sold by independent suppliers through “>Ebay or Amazon.co.uk. 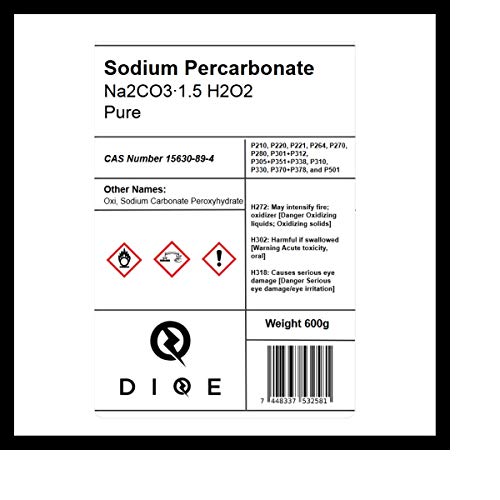 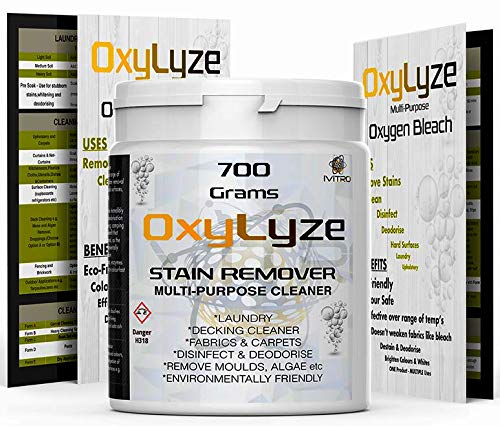 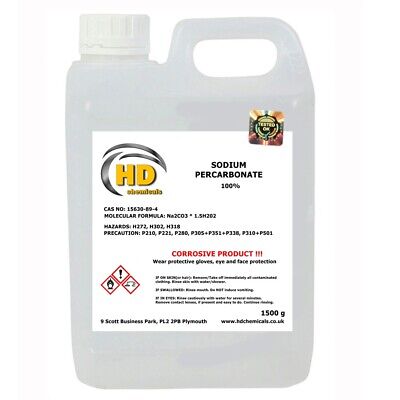 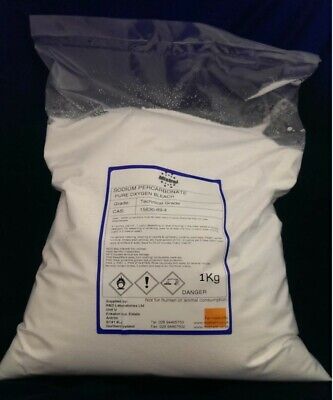 What’s the Best Way to Kill Moss on Tarmac and Roofs?

The sodium percarbonate granules need water to react and create oxygen. The easiest and most effective way is to spray the area to be treated with water and then sprinkle the granules over the whole area. You will see the granules immediately start to bubble as the oxygen is released and that’s all you have to do!

TIP: If you are sure that a good amount of rain is going to fall within the next few hours, then sprinkle the granules straight onto the moss and let the rain do the rest. This is especially effective if you are treating moss on roofs. I have treated many roofs with sodium percarbonate using this method.

If you have a particular problem with weeds, read my post: The Best Way to Kill Weeds on driveways.

Other Uses for Sodium Percarbonate.

Organic matter like algae is broken down by the oxygen which makes sodium percarbonate an effective and inexpensive method for cleaning indoors and out. Some of the best ways to use it are:

What else can Oxygen Bleach be used for?

We always have a bag of Sodium Percarbonate handy, It can be used together with other detergents and improves their performance. We use a scoop in our laundry, a scoop in our bucket when we mop the floors. It is great for deodorising bins, septic tanks, cleaning dishwashers, washing machines, de-staining tea and coffee cups/pots and general sterilising.

You can buy Pure Sodium Percarbonate for cleaning tile grout direct from Amazon.co.uk or eBay.co.uk

When spraying,  Sodium Percarbonate needs to be mixed with warm water. This creates a bubbly reaction so if you are using it in a sprayer you need to be careful not to mix up too much at one time. Spray all over and leave for 10 to 15 minutes, you will see the oxygen lifting the dirt, use a brush for very soiled areas and then simply rinse with clean water

Anti-Slip Paints and Products How to Choose the Right One

Neudorff Weedkiller and Moss Killers are they any Good?

£167.06
We use cookies to ensure that we give you the best experience on our website. If you continue to use this site we will assume that you are happy with it.Ok